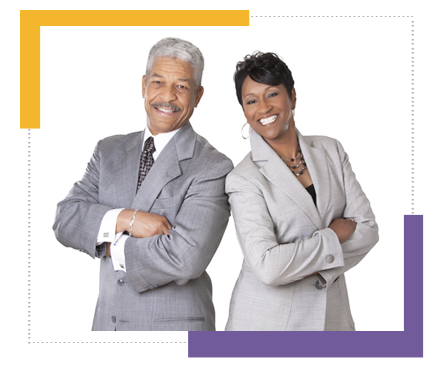 Dr.'s Joseph and Renée Mills held Agape Embassy Ministries first service on Sunday, April 4, 1993 at the Quality Inn Hotel, 6461 Edsall Rd., in Alexandria, VA; in attendance were sixty-five adults and children. The purpose of our ministry is to create the Kingdom attitude - Jesus proclaimed in Matthew 4:17, 23; 24:14 - in everyone God gives us the privilege to teach. By establishing an Embassy for our Kingdom we will infiltrate the world around us with our government's policies. This Kingdom attitude was mandated by our Lord when He said, "go to every nation and instruct, train and correct every nation in the things I have commanded you."

Thereby, exerting our government's control in this world but not becoming a part of it. We will do this by unveiling to each person from scripture, and through the gifts of the Spirit, the character and purposes of God. 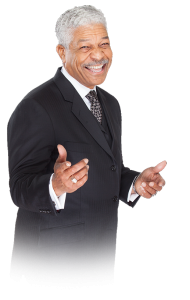 In 1980, Dr. Joseph A. Mills, Jr., rededicated his life to the Lord and attended Shiloh Baptist Church in Lorton, Virginia for a short period of time. He and his family later became members of Rhema Christian Center in Washington, D.C., where the foundation as a believer in the Word of God was firmly laid. While there he taught in Rhema’s Bible College. Soon after he was called to attend Faith Ministries Church in Woodbridge, VA. During that time Dr. Mills started a bible study in the home of a friend that lasted for more than twelve years.

While teaching, he also attended Word of Faith Leadership and Bible Institute and graduated in 1985. After graduation, Dr. Mills began teaching an additional bible study at Macedonia Baptist Church in Arlington, VA., which lasted for more than eight years. In 1990, the Lord called him to the five-fold ministry as a pastor. His assignment: TO ASSEMBLE THE PEOPLE - men, women and children and the stranger and the sojourner within your towns - that they may HEAR and LEARN (reverently) to fear the Lord, and be watchful to DO ALL that's written therein (Deut. 31:12).

After three years of study and preparation it was now time to start the church that God had placed in his heart.

Agape Embassy Ministries' first service was held on, Sunday, April 4, 1993 at the Quality Inn Hotel, 6461 Edsall Rd., in Alexandria, VA; in attendance were sixty-five adults and children.  Dr. Mills was ordained as a pastor by the International Ministerial Fellowship and also ordained by Dr. Myles Munroe of the International Third World Leaders Association.

Dr. Mills transitioned to Heaven on March 12, 2019.  He knew and understood that his purpose in the earth was to be a teacher of the uncompromising, unadulterated Word of God and he embraced his calling with a passion.  He was tenacious about ensuring that he lived what he taught and he was absolutely a true example of a man who loved God and lived by faith.  We never forget his life, legacy and the wisdom he imparted to each one of us who have been blessed to receive the wisdom and revelation God imparted in him for each of us! 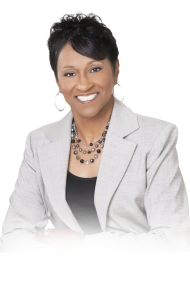 In 2003, she earned her doctorate degree in Biblical Studies from Friends International Christian University in Merced, CA and served as the Assistant Chairperson of the Agape Embassy School of Ministry, where bible based and Christ-entered teaching assisted students on their journey of wisdom, knowledge, and growth in the Word; and she is the Executive Director of Ministry of Helps overseeing the various ministries and ensures that they operate in the excellence while serving the people of God. Her desire to see women know Christ more intimately led to the creation of the Women of Noble Character Ministry. Women ages 13 and older meet quarterly and are inspired and encouraged by Dr. Mills to grow in their walk with the Lord, connect with other women and learn how to be the wife, mother, sister, friend, servant and whatever role(s) God has ordained to His glory. For nearly three decades, the ministry was recognized as one of the premier teaching ministries locally, nationally, and internationally. Along with her son, Jerome Mills, she continues to minister with a passion and desire to share Gods love and compassion with practical teachings. Dr. Mills is the mother to four children, one daughter-in-law, one son-in-law, and is the proud grandmother of five beautiful grandchildren, two granddaughter-in-laws and two great grandchildren; and is the spiritual mother to many in the Body of Christ, helping them in their spiritual development and life decisions.